This also marked the launch of our new ‘Morning conversations’ – pre-9 breakfast events with facilitated interactive conversations between experts and an audience of diverse professional backgrounds.

The event began with a traditional Turkish breakfast spread, and guests mingled, and enjoyed the breakfast until the official conversation started at 8am.

The conversation touched on a wide range of topics including radicalisation, family relationships, types of secularism, practices of the media, individual freedoms and the role of religion in modern societies to list a few.

Facilitated Q&A followed the engaging interview, and the audience members had the opportunity to ask Professor Siddiqui their questions. The conversation could definitely have gone one, but most people had work to get to and Professor Siddiqui had to make it to her next engagement in Sydney.

Professor Siddiqui’s thoughtful answers and unique ideas, as well as Jane’s interesting questions made for a highly interesting conversation and we all walked away with the satisfaction of a morning very well spent.

Special thanks again to Mona, Jane, and the sponsor of the event.

The event was not recorded on video. 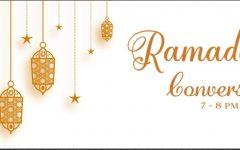 Affinity Ramadan Conversations: We are all in this together 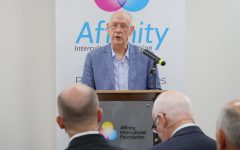 Why now is the ‘right’ time to talk about climate change!