Professor Sev Ozdowski, Director of Equity & Diversity at Western Sydney University, Chairman of the Australian Multicultural Council and Affinity advisory board member welcomed the audience and introduced the panel facilitated by the University of Sydney’s, Emeritus Professor Ron McCallum.

Professor Picker started off by saying that Australian law schools are already “tremendously globalised” when compared to other law schools across the globe, but that does not mean cannot improve.

“If you look at the academic staff, you’ll notice that almost all of the law schools have a high percentage of staff from overseas and if you look at the domestic ones, a majority of them have studied overseas.”

“You will also notice how diverse our student body is, including first generation Australian students from varied backgrounds to internatinal students who come here to get their masters or Juris Doctor”

“More and more it is the case that our curricula include mandatory international foreign comparative offerings.”

Professor Williams stated that their law school was based upon the idea that they are training lawyers who will often be “powerful people in the community.”

“Lawyer play a role in making a society just and harmonious. Lawyers are the price we pay to live in a civilised and happy society.”

Professor Williams said that they’ve shifted their focus from domestic to international and that there is much more Australia could do around the world.

This event was the third in an ongoing series of Affinity Law Panels. Affinity will be bringing you more events with experts in the law industry. To ensure you don’t miss any updates, be sure to Like us on Facebook and follow us on Twitter. 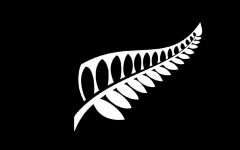 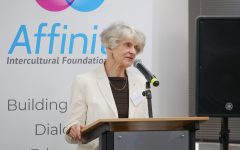 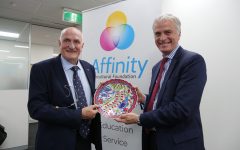 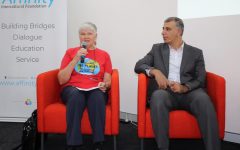 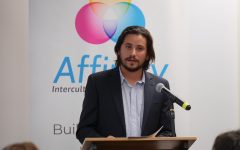